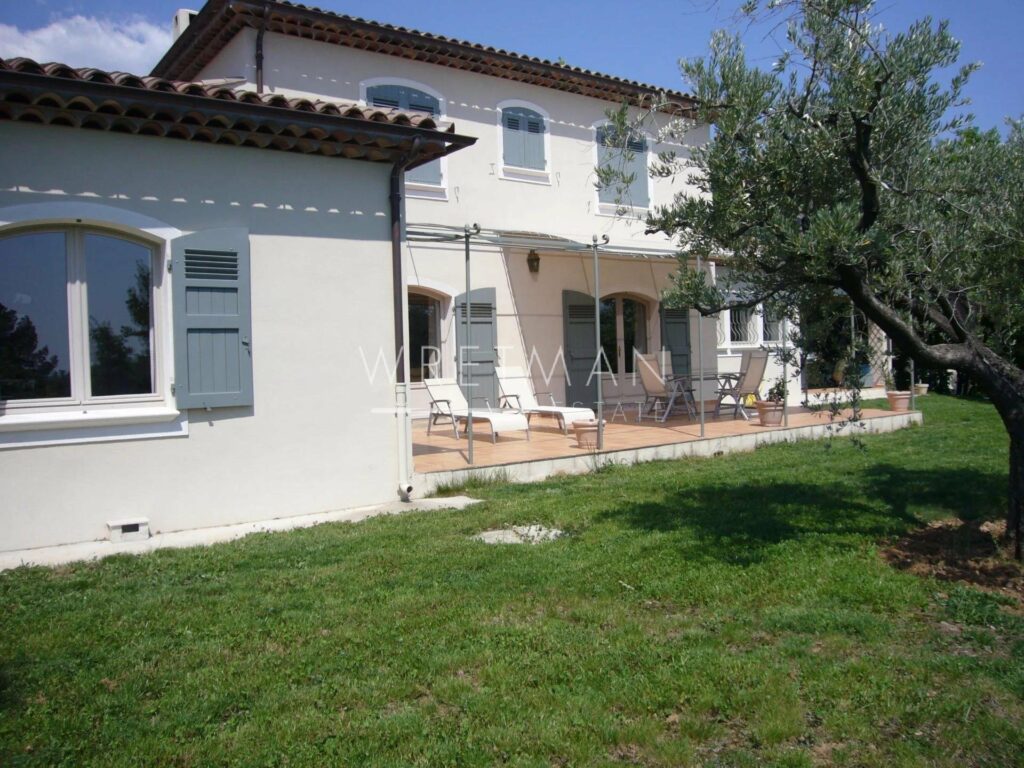 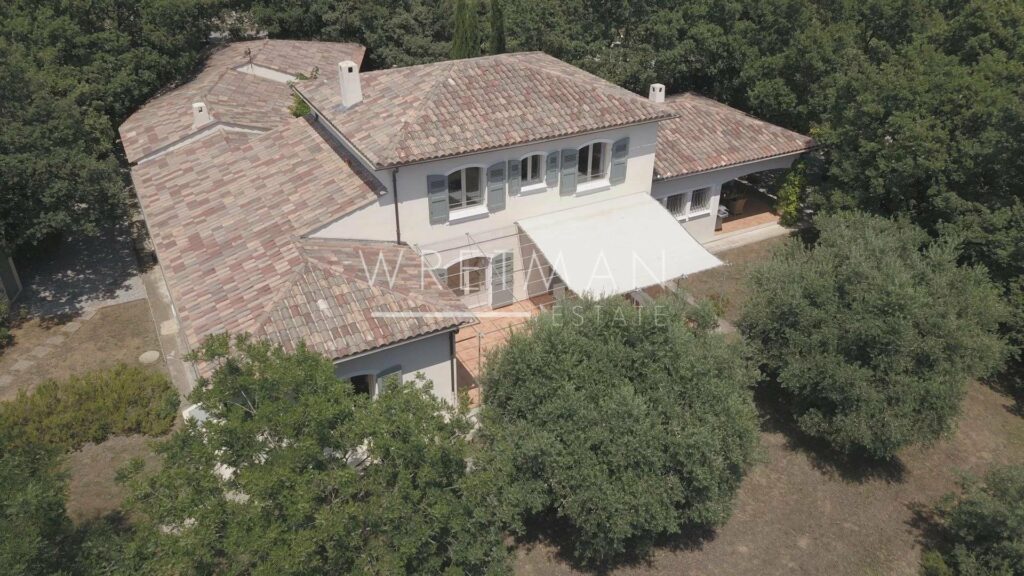 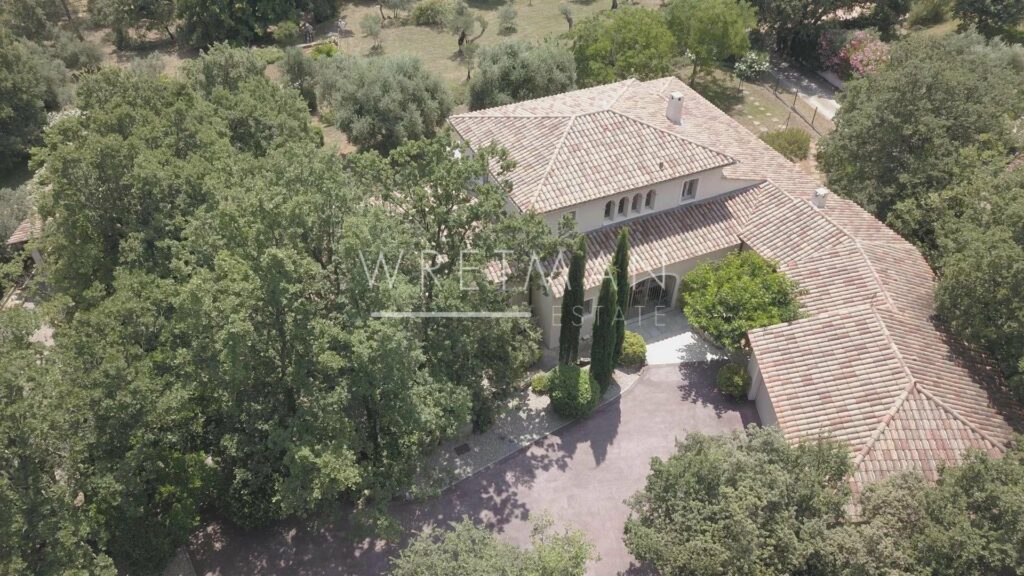 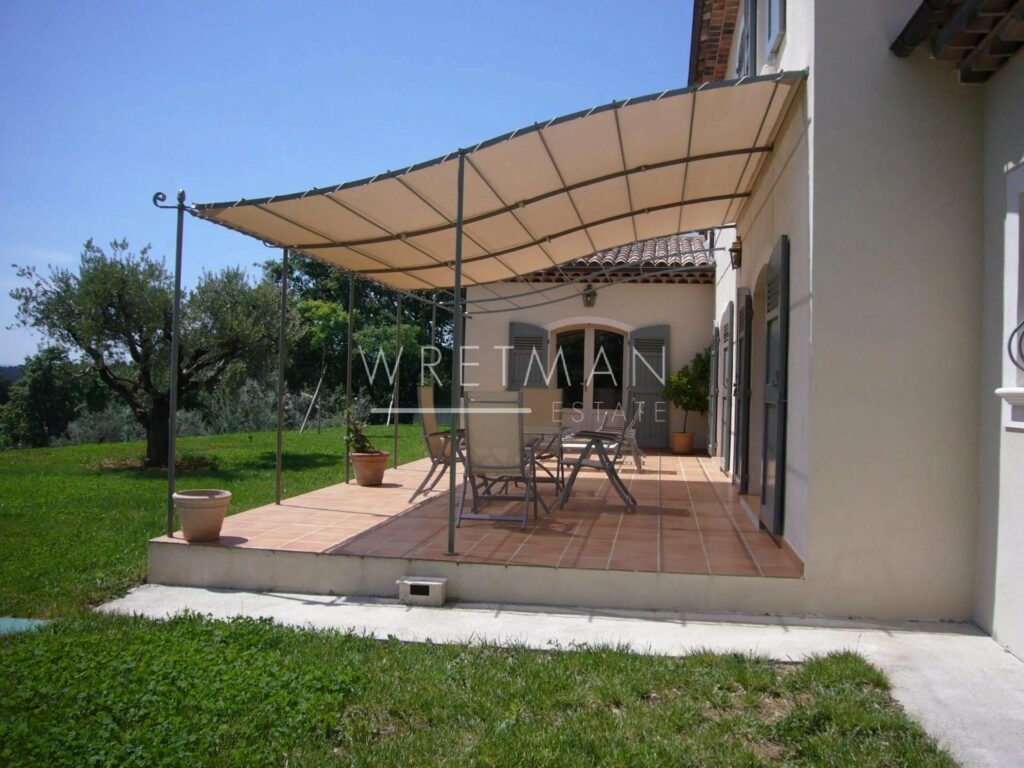 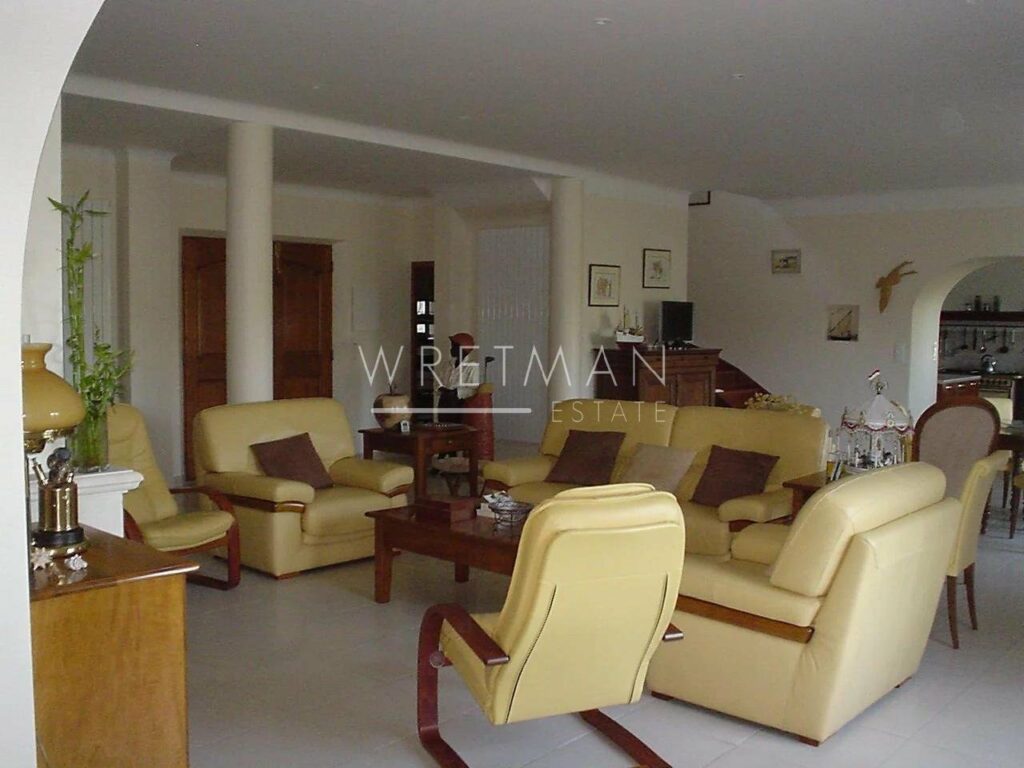 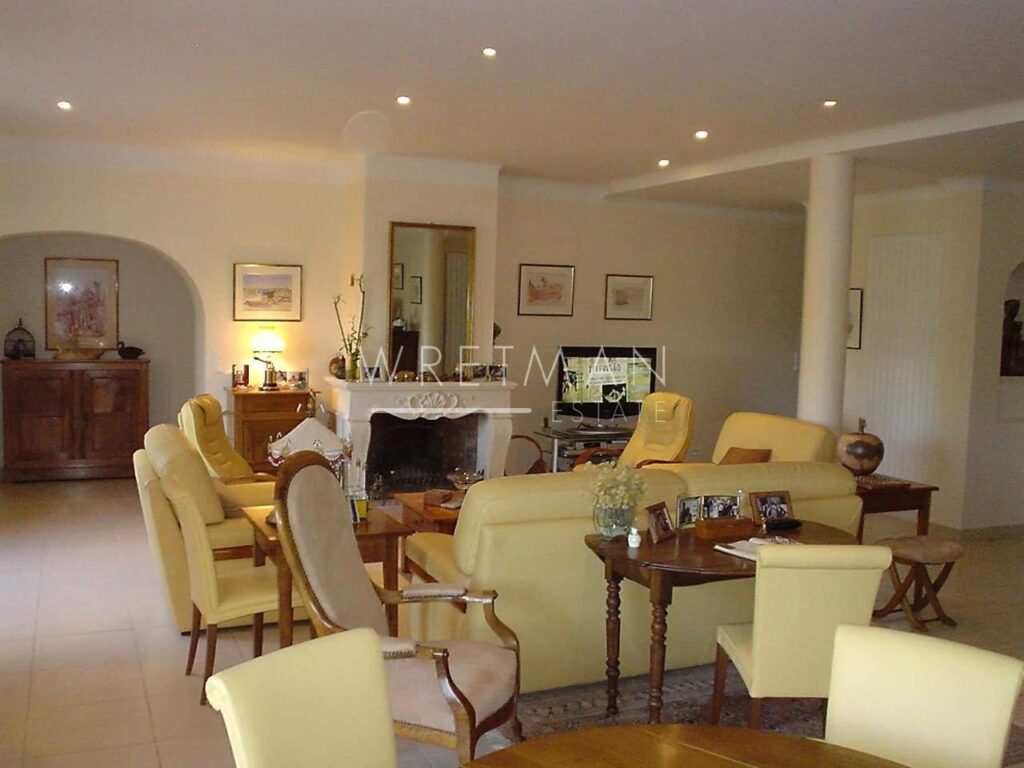 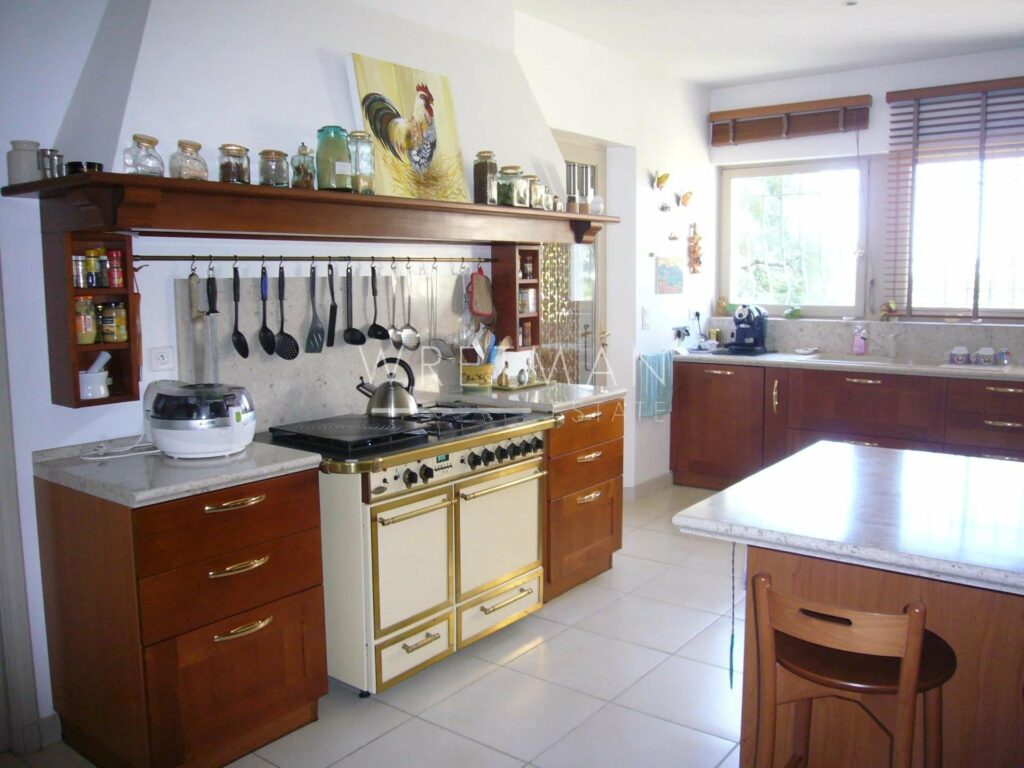 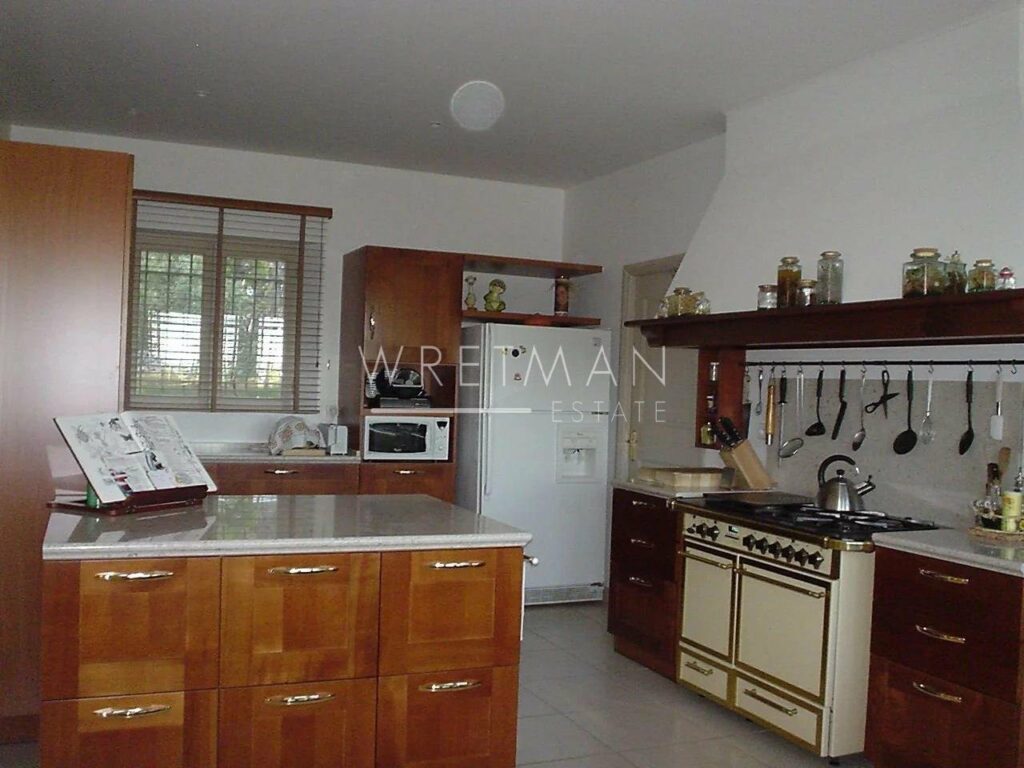 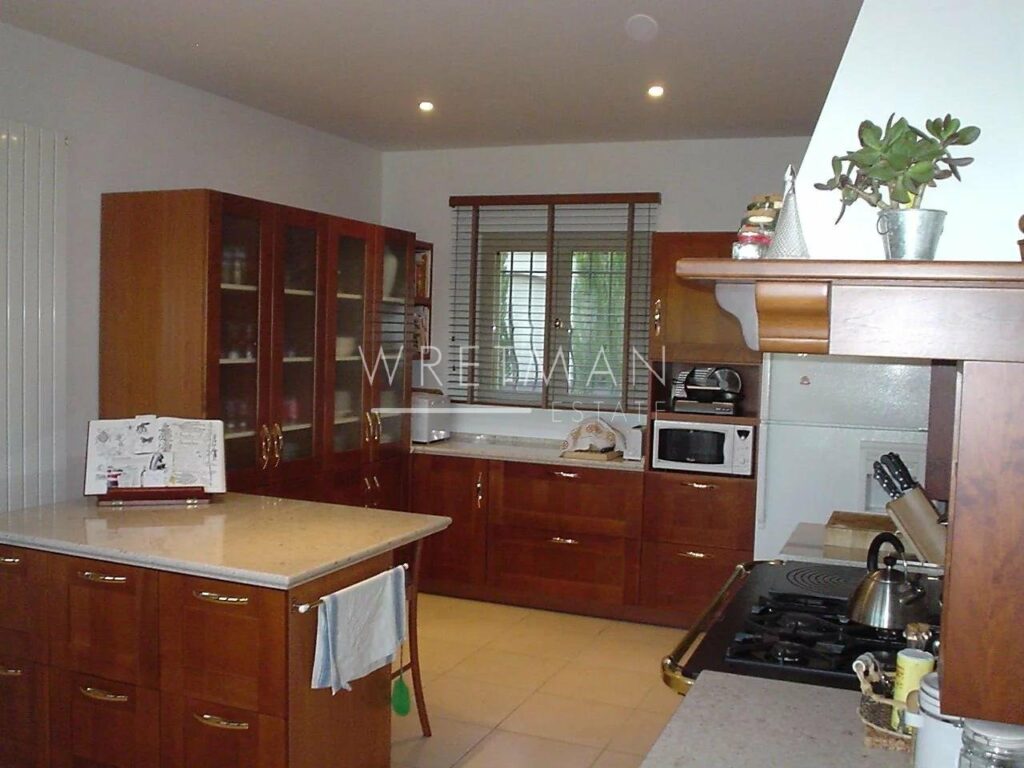 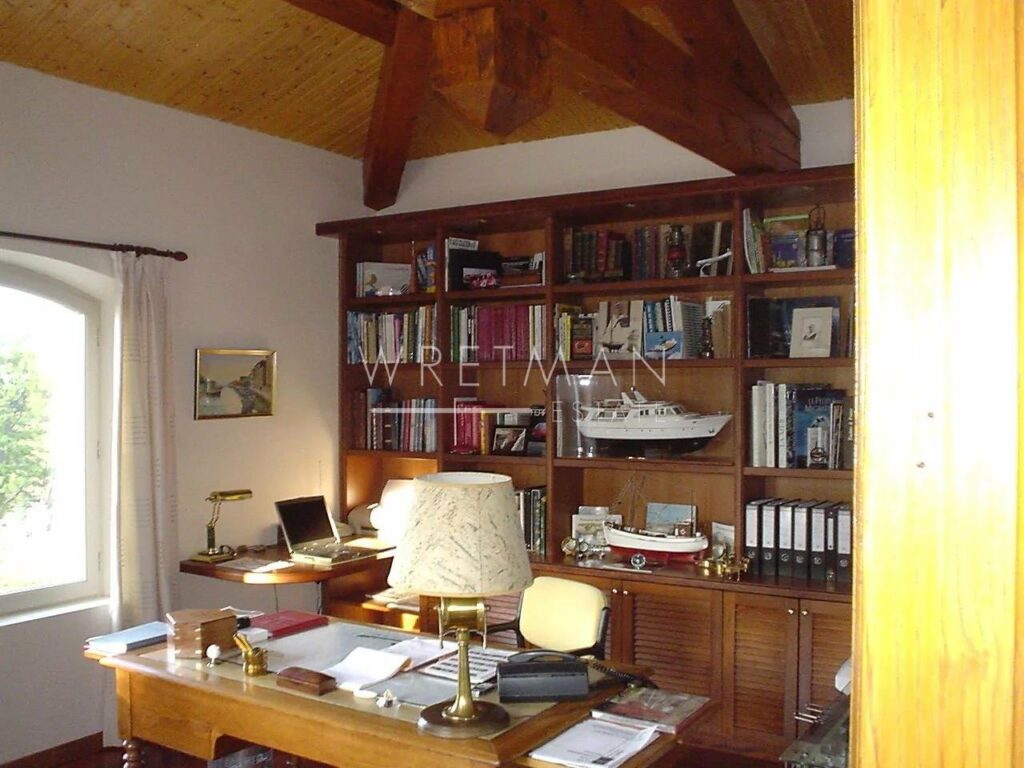 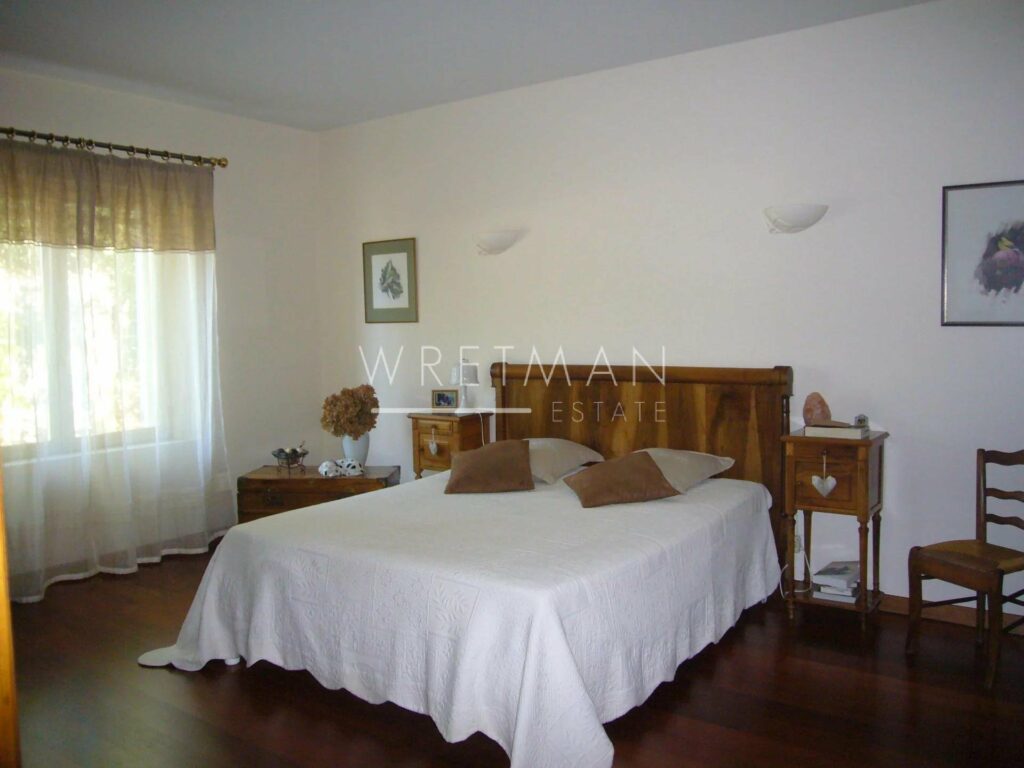 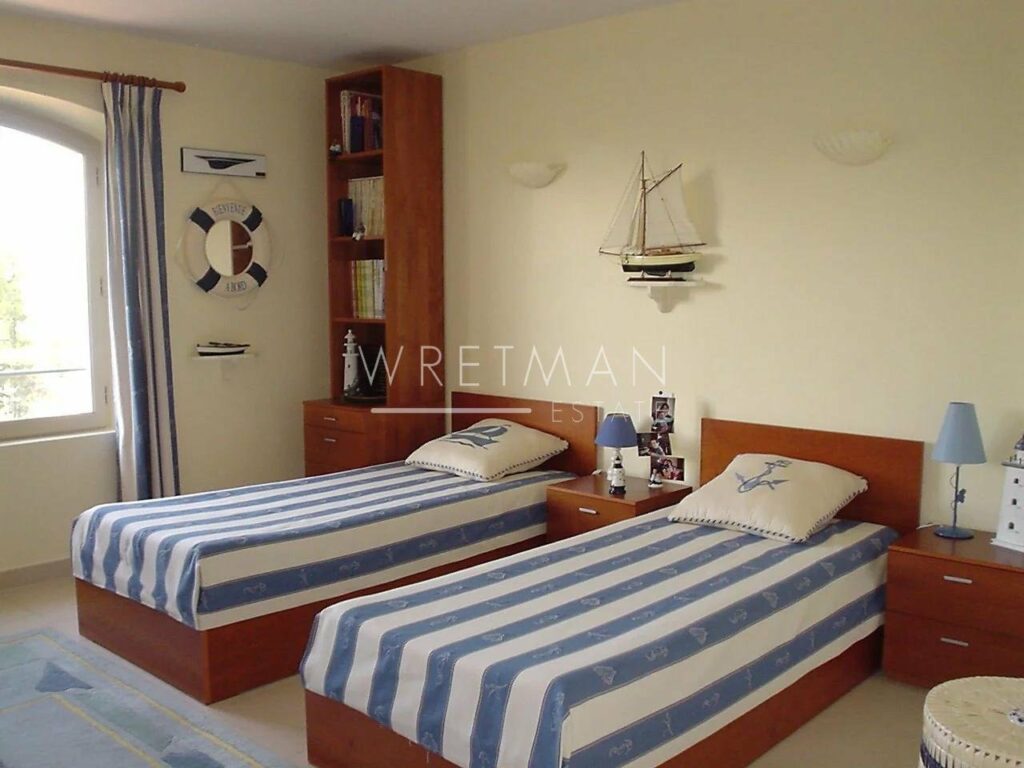 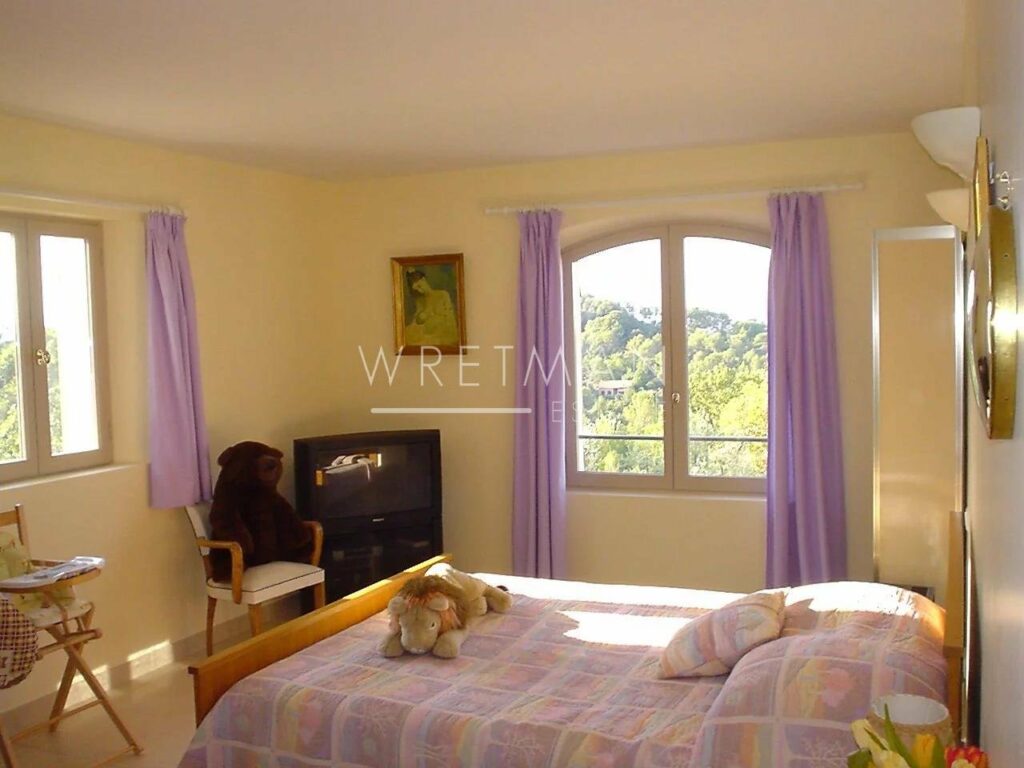 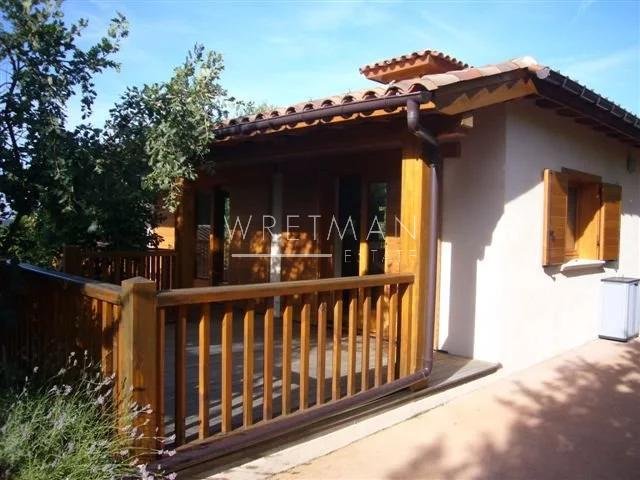 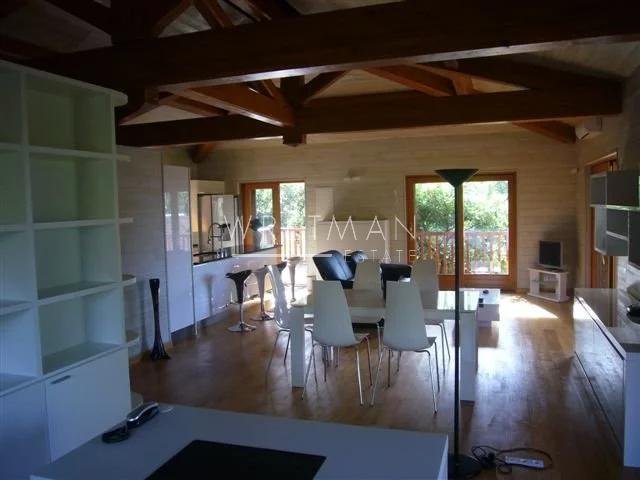 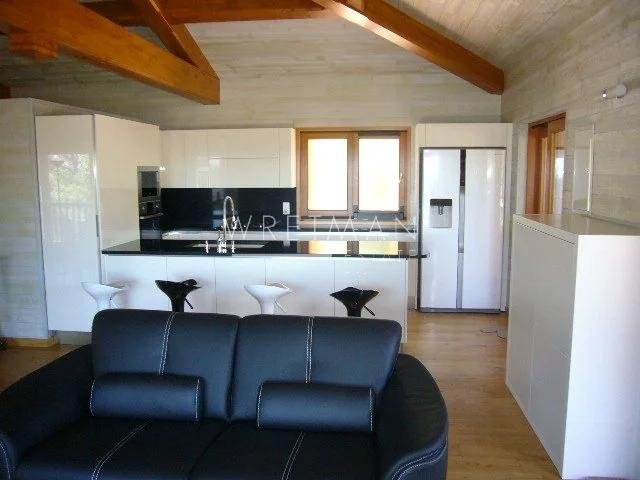 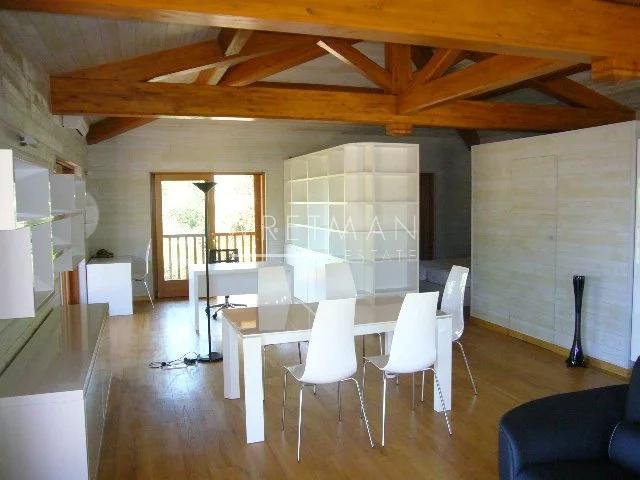 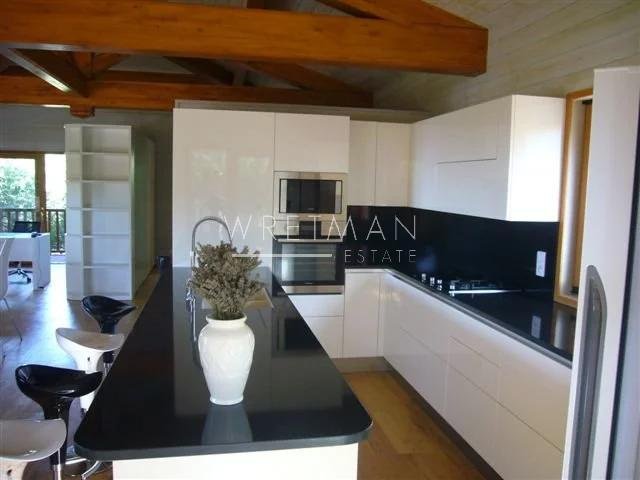 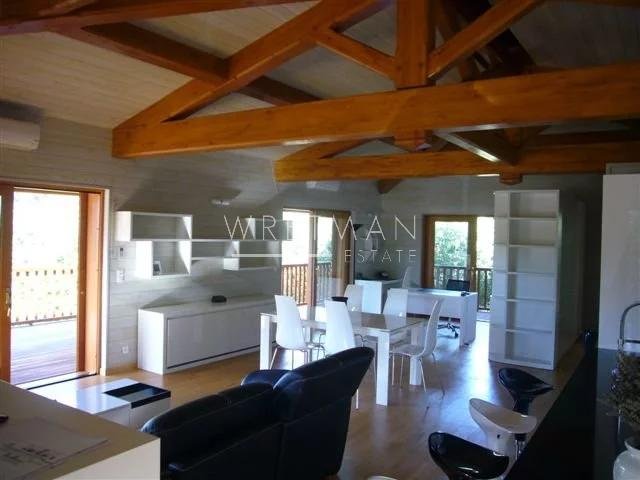 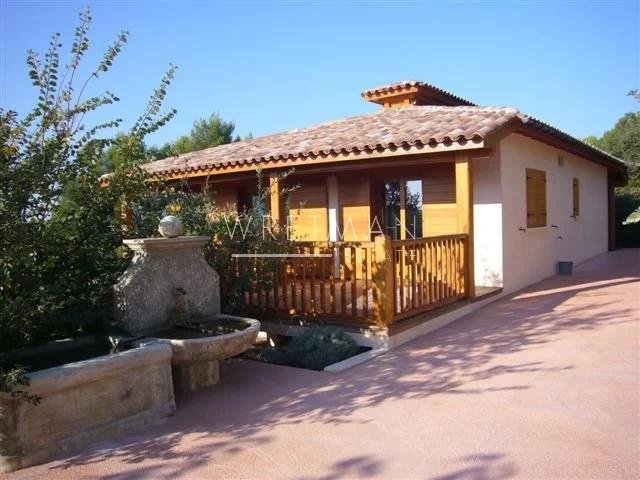 On the heights of Draguignan with a superb view of the Massif des Maures, discover this property composed of 2 recent villas in a quiet area, surrounded by oaks and olive trees.

The first villa is a 2004 villa and consists of an entrance hall with guest toilet and storage room, a living/dining room of more than 80m2 with Louis XIV fireplace opening onto a 40m2 terrace, a fully equipped kitchen with adjoining storeroom and covered terrace, a study, a master bedroom with air conditioning and dressing room and a large shower room.
On the first floor, you will find 2 large bedrooms with exceptional views, and a shower room.

A garage for three cars (tiled) where there is also the boiler room, a workshop, a storeroom and a laundry room.
The villa is equipped with a domotics inside and outside.

The 4000m2 plot has an electric gate with videophone. A wash house with fountain, a vegetable garden, enclosed parish garden and a well from the 18th century which provides fresh water even in summer. At the entrance, close to the tarmacked car park, two fountains run permanently.

It consists of an open and bright living room with high beamed ceiling, offering a kitchen, corner bedroom, a shower room and toilet. A semi-covered terrace surrounds the villa.

Both Villas are sold furnished. 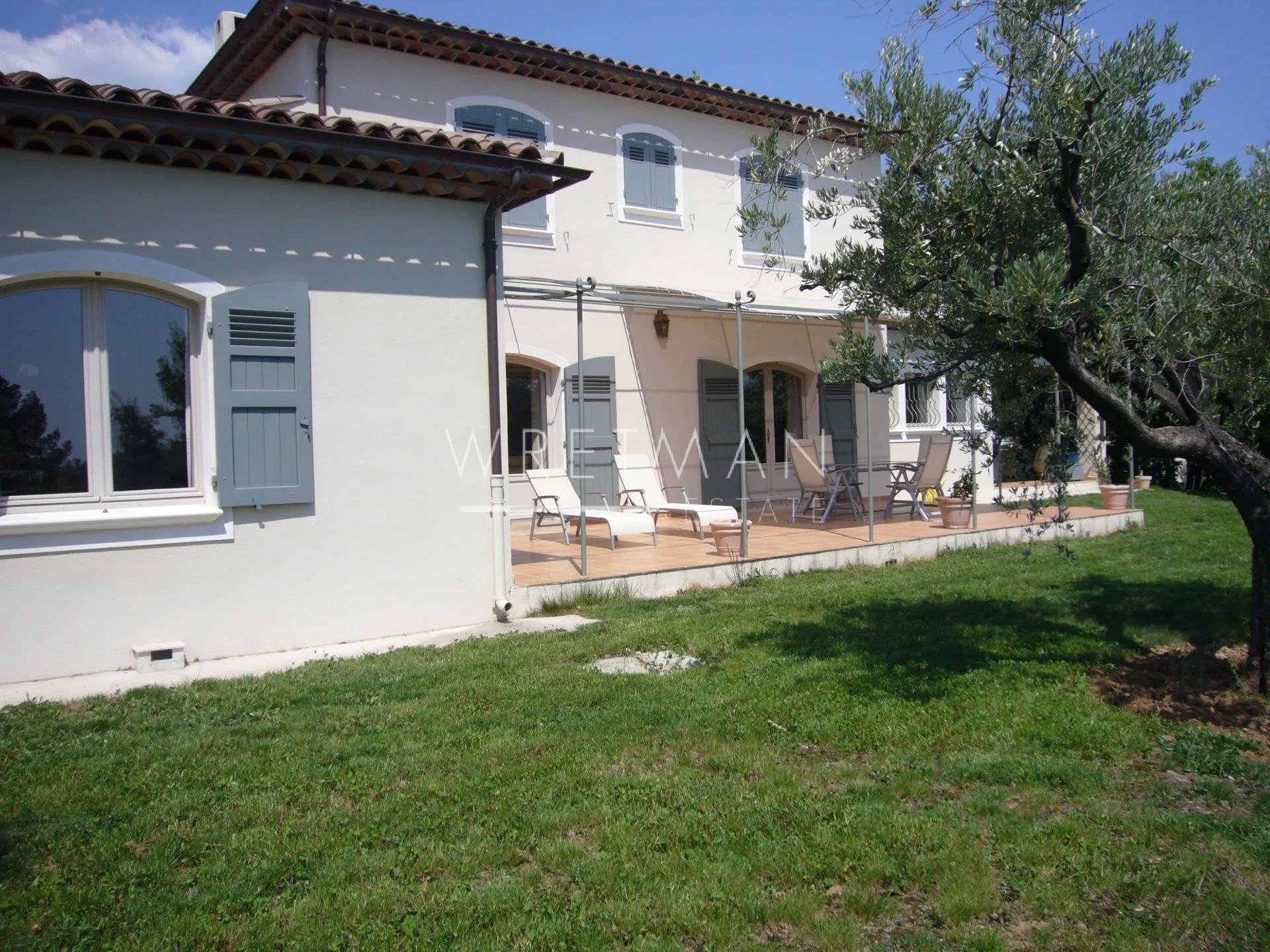 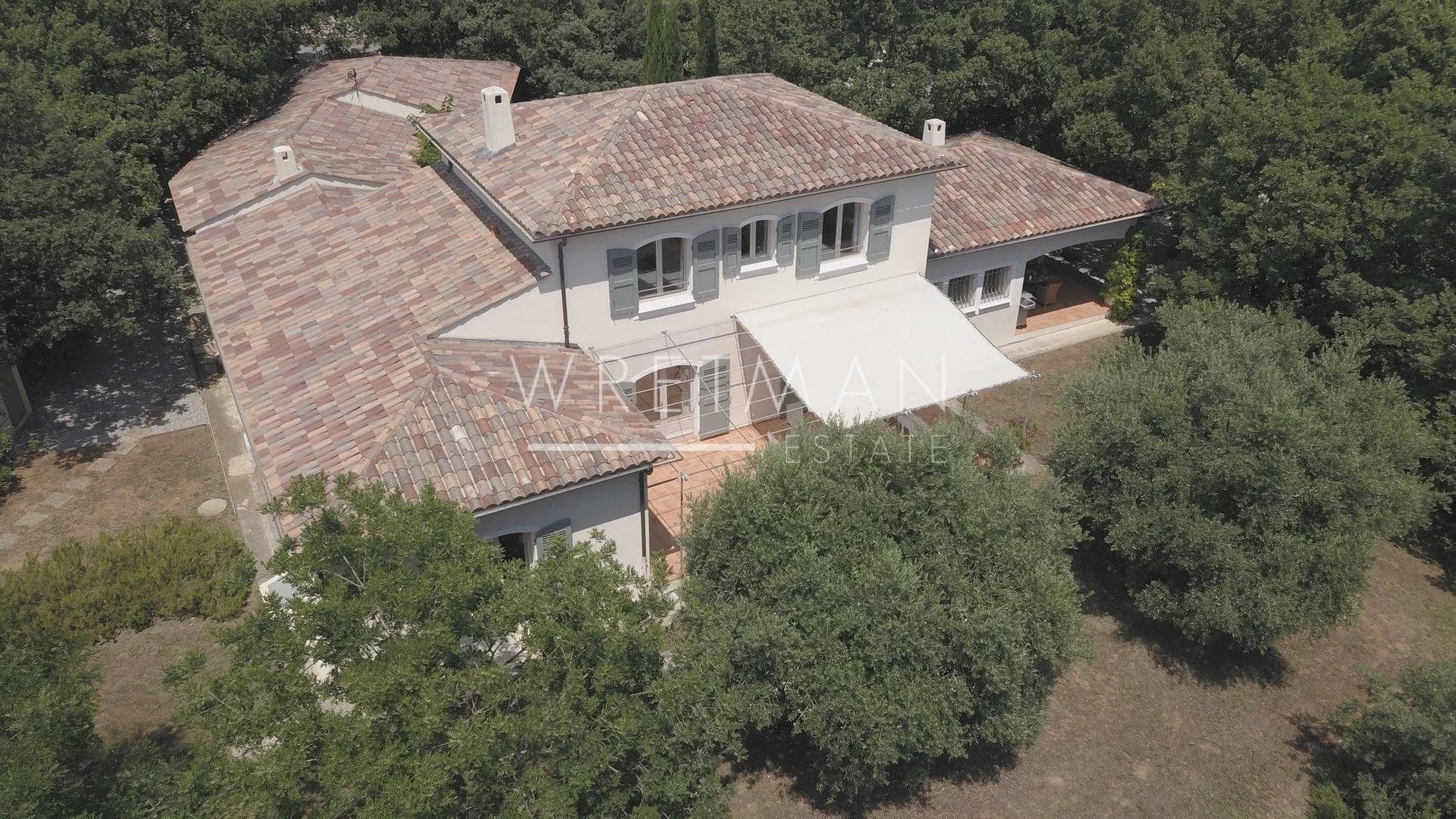 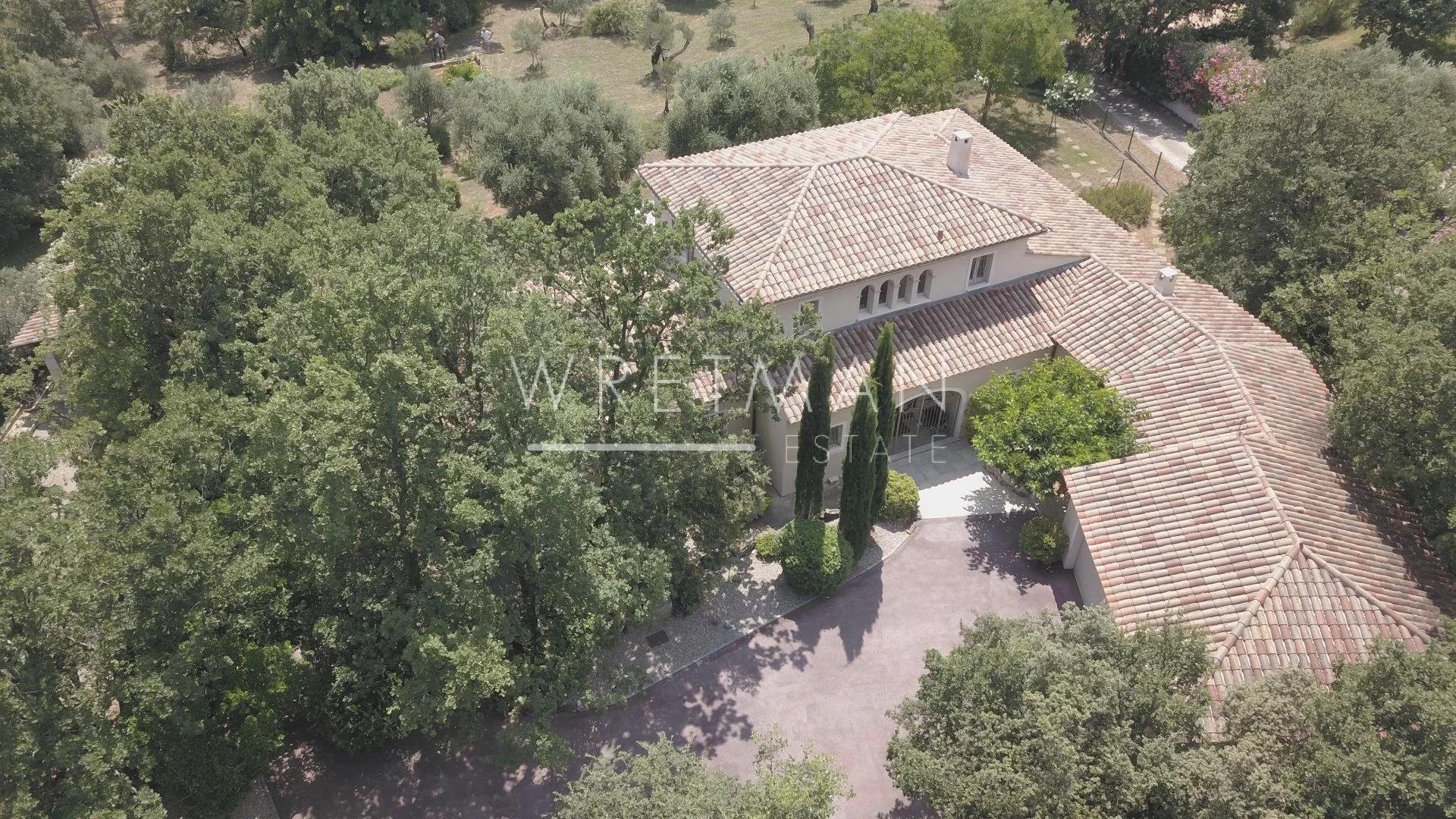 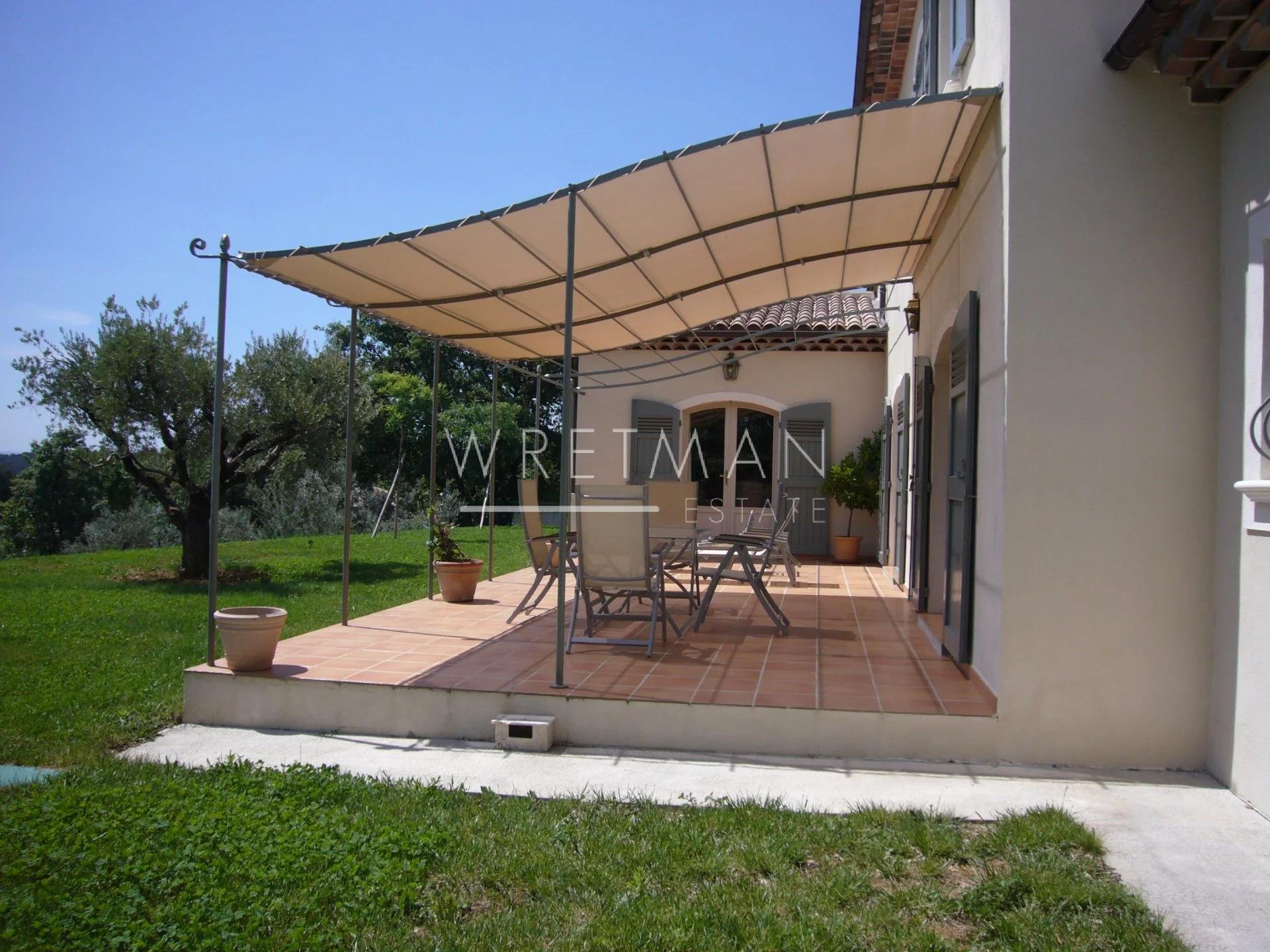 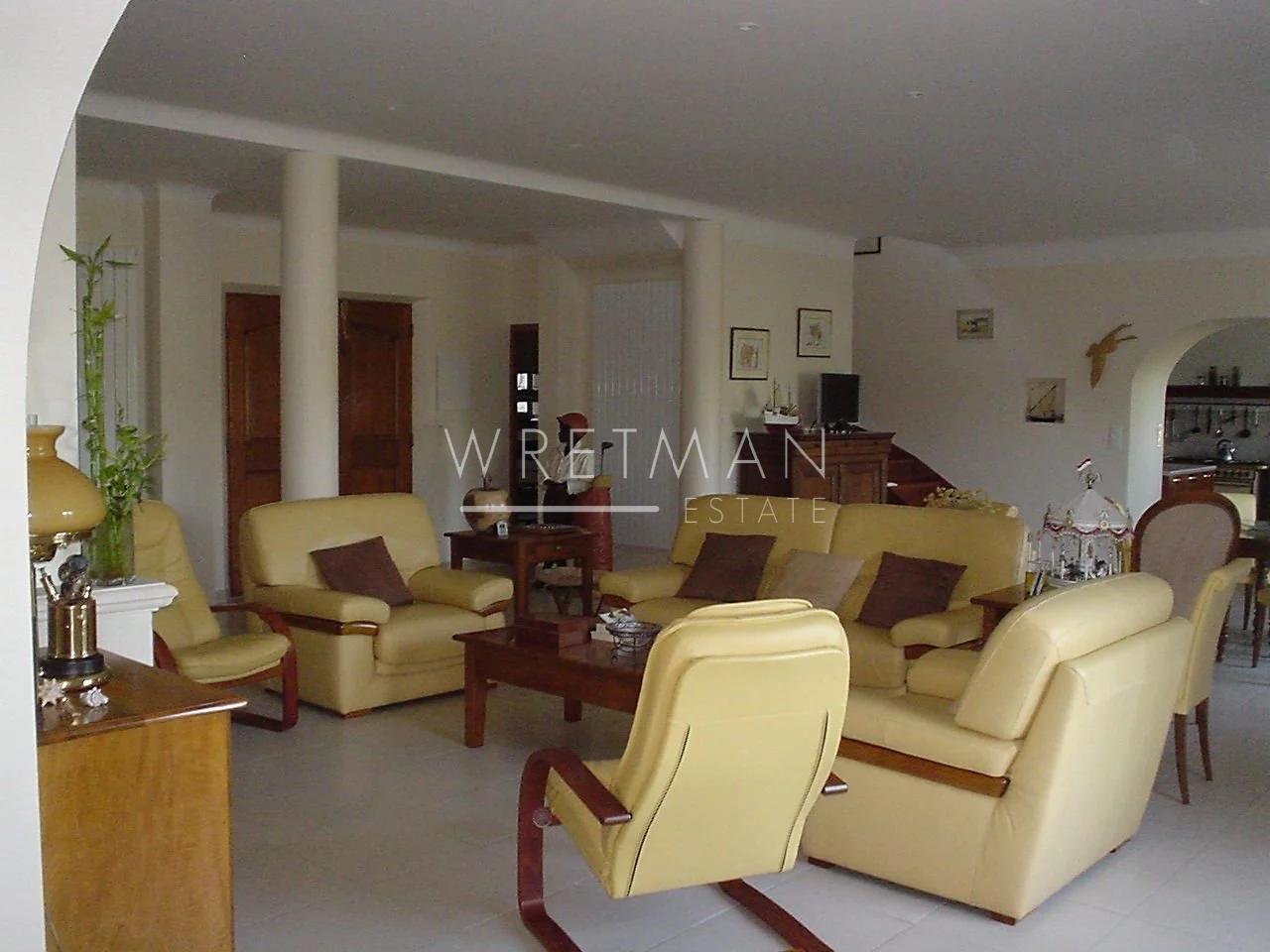 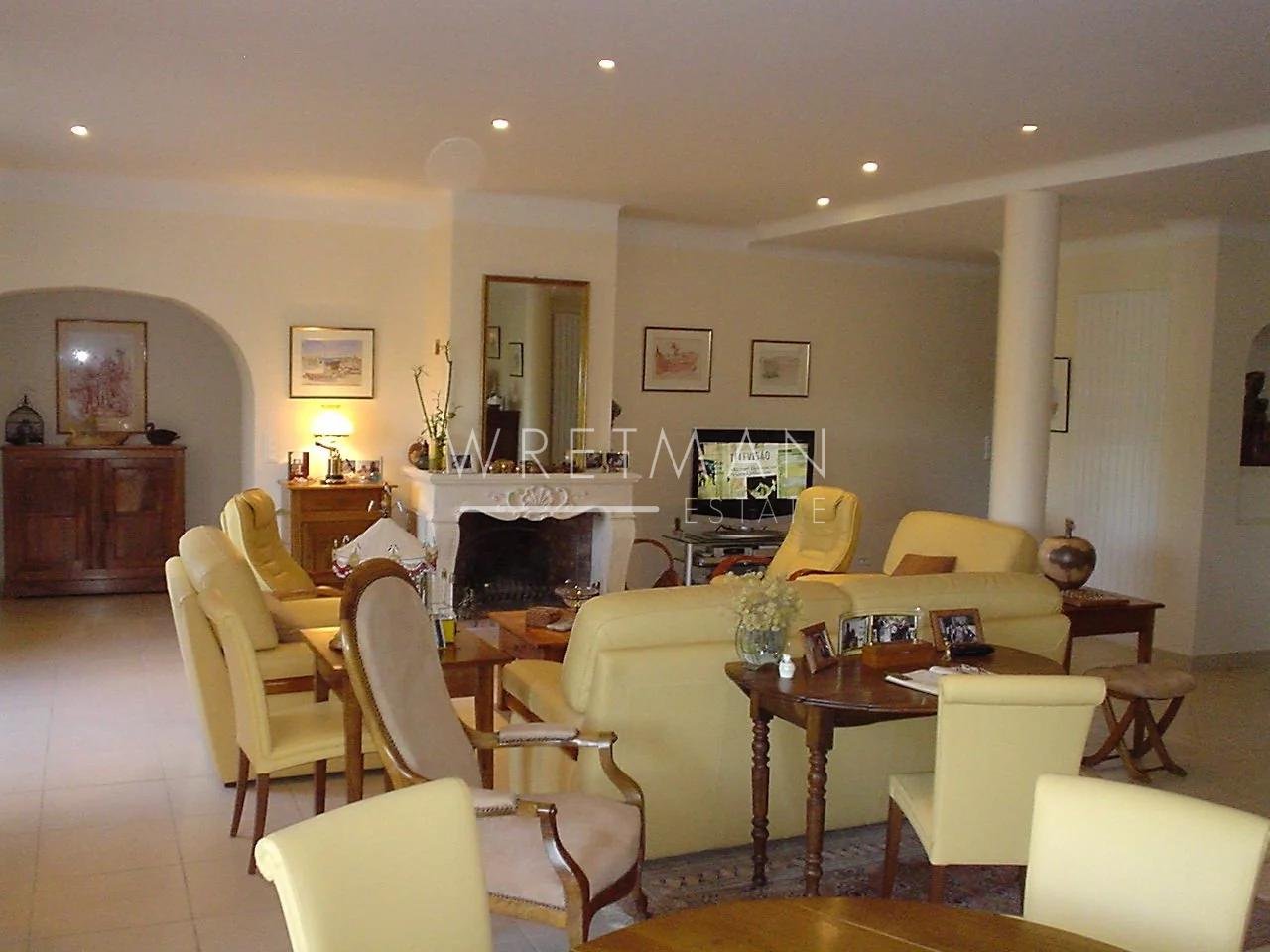 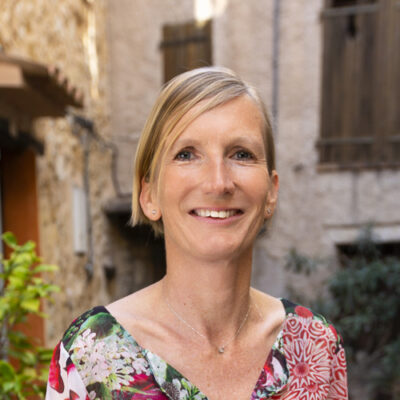