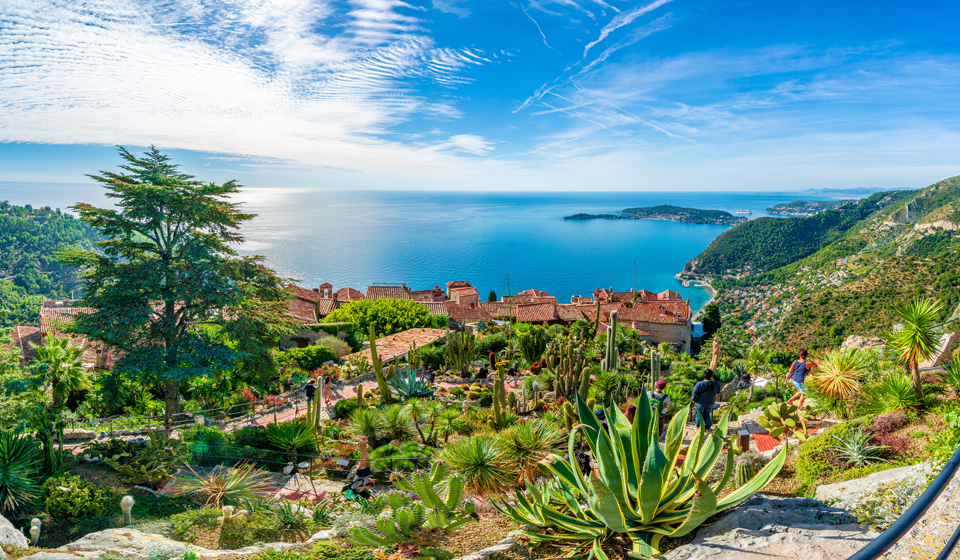 The French Riviera has hundreds of breathtaking spots to enjoy a fantastic view, that’s the beauty of it! Wherever you go, you will have a combination of mountains and the sea nearby. If you like to chase views and get inspired by this paradise on earth, we have listed the top 5 places with the best views that are bound to blow your mind!

The village of Èze is located right between Nice and Monaco, 430 meters above sea level. It’s one of the most popular villages on the French Riviera.  To get there, it just takes a 40-minute bus ride from the city of Nice. The Jardin Exotique d’Eze is a must to visit, because of its stunning garden with an unreal view of the French Riviera.  You can also hike the Nietzsche trail, which is a spectacular 4.2 km starting at Eze-Bord-de-Mer and ending at the very top of Eze Village. Make sure to fill up your water bottle!

The Fort Carré in Antibes is a military fort that was built during the reign of Henry II in the 16th century. You can take a guided tour of the whole area and at the very top you will be met with a magnificent panoramic view of the mountains! Here below you have a picture of the stunning view you can expect. 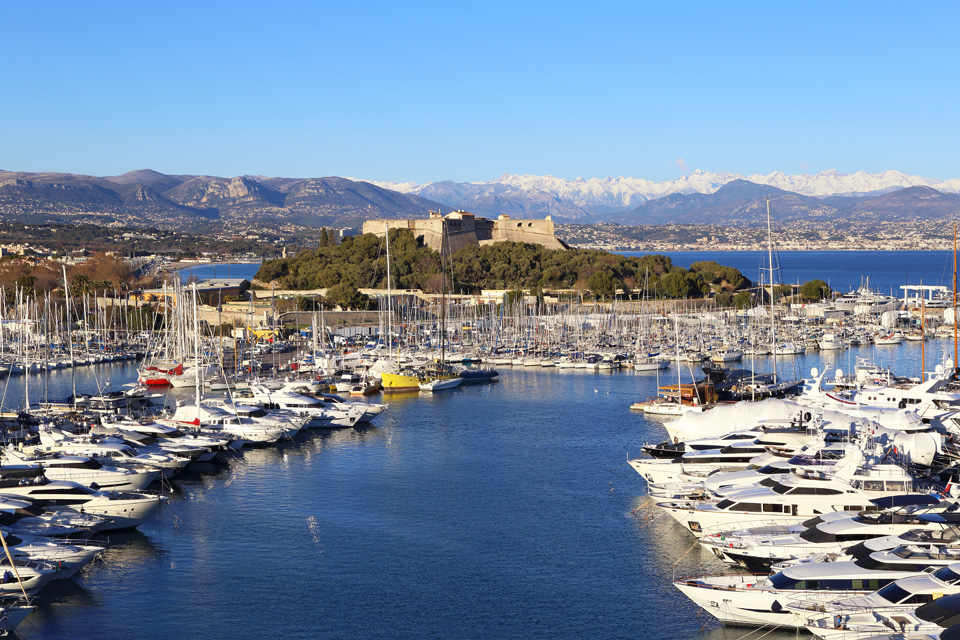 Carros is a village located between the sea and the mountains of the region, serving as a natural getaway to the Alps of the French Riviera. The village is known for its location, surrounded by a castle from the twelfth century. Even more, an important architectural and historical heritage is present in the village. Carros is placed so that you can enjoy both the mountains and the warm and relaxed atmosphere of the countryside.

Wine with a View at Château de Bellet

300 meters above the hills of Nice, Château de Bellet is the highest point of the Bellet. It was in the 18th century that the Barons de Bellet began to plant their vines. Château de Bellet proposes a wine tasting with an excellent view over the Alps, and the possibility to walk around the vineyard to see where the historical vine Bellet comes from.

You’ll find the brown cliff Roque Brune in Roquebrune-sur-Argens where you get a view of the green southern French landscape. In fact, the rock stretches 376 meters towards the sky and offers popular hiking trails. The area is privately owned. only the tourist office offer visits. Guided hikes are available around the cliff and further up to the top you can spot the Mediterranean sea.

The French Riviera has so much to offer when it comes to breathtaking excellent views in the different cities. Furthermore you can explore much more around the cities and how they individually have something special to discover. Here’s a list of properties for sale in the South of France with amazing views as well!

The South of France is a beautiful place to buy either a permanent or holiday home. Here we are going to tell you interesting stories behind 3 popular neighborhoods on the French Riviera: Cimiez Being...
Read more
2021-05-06

Sometimes we lose track of local events happening in the city we live in or visit. To help you discover the many events on the French Riviera and get an overview of what’s really happening...
Read more
2021-01-20